The East Friesian and East Friesian/Border Leicester programs have been sold to the Galpin family of Warrawindi Farms, Penola. This was a very hard decision for us, however, with the recent purchase of two neighbouring properties, 'Ardoch' and 'Killie Krankie' we wanted to concentrate on our commercial enterprises.

We will continue with the Poll Dorset Stud. 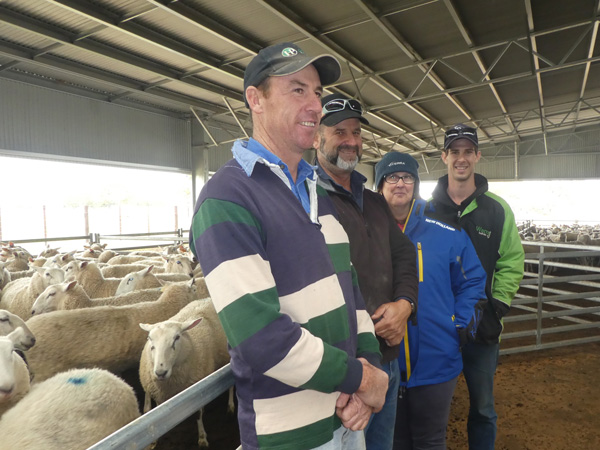 Rick Foster with the Galpin family

Rick has had an interest in the East Friesian breed for over a decade and has been using them alongside his existing Poll Dorset and Corriedale studs to enhance the fertility and milking ability of the commercial ewe flock significantly. Brodhi is just a newcomer to the stud sheep circuit as a 18 year old who was initiallly drawn to the breed for their clean points and extreme fertility. This enhanced their joint curiosity in running an East Friesian and East Friesian cross stud to produce the highest quality maternal rams that will make the upmost profit for our commercial clients.

Two exciting new Border Leicester sires were purchased in 2014, one from Coolawang Border Leicesters and another from Inverbrackie Border Leicesters, we are looking forward to the lambs they produce as we believe both these rams have the thickness and fertility we are striving for in our East Friesian cross Border rams. 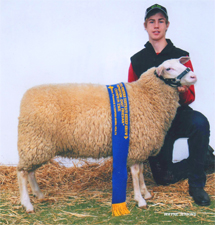 Brodhi with Champion ewe at
Sheepvention and Bendigo ASBA.